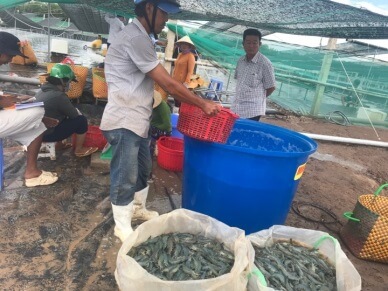 At 11:00 pm, the shrimp pond of Mr. To Hung Vi (in Hiep Thanh commune) gathered more than 20 workers to harvest shrimp. This shrimp pond has the water surface of the 1,600m2 with the output of 6 tons of shrimp.

Operating since 2010, there are now more than 2,000 households in Tra Vinh supplying raw shrimp to Hong Dan agent, many farmers have been supplying shrimp to her agent for 9 years. Each farming household has the farming area of about 4 hectares, the yearly amount of shrimp that I bought is 10,000 tons,” Mrs. Dan said. 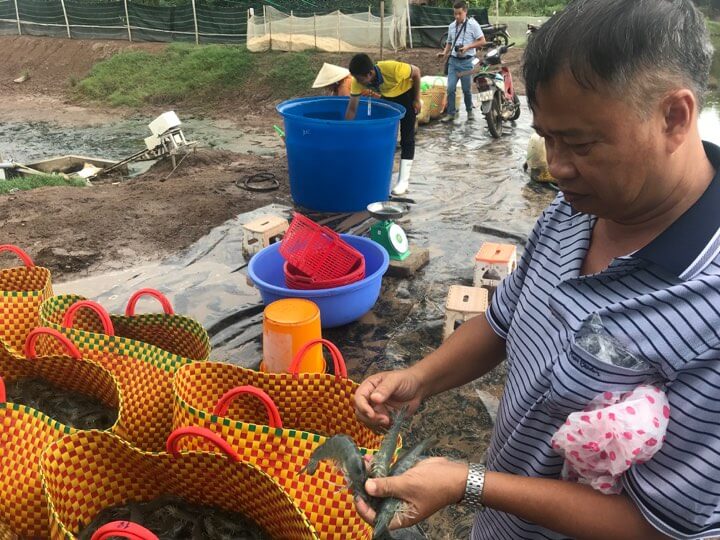 According to Mrs Dan, the primary agent (agent I) pay money for farmers right after they receive shrimp. Being the owner of secondary agent (agent II), Mrs Dan has to spend VND2-3 billion a day to pay farmers.

Mr. Phan Van Be, Director of Thanh Tan Company (in Tra Vinh province) – a primary agent, said that daily, there are 15-20 secondary agents supplying raw shrimp to him. With a large supply of raw shrimp in the provinces of Tra Vinh, Soc Trang and Ben Tre, his agent buys 2,000 to 2,500 tons of shrimp every month. 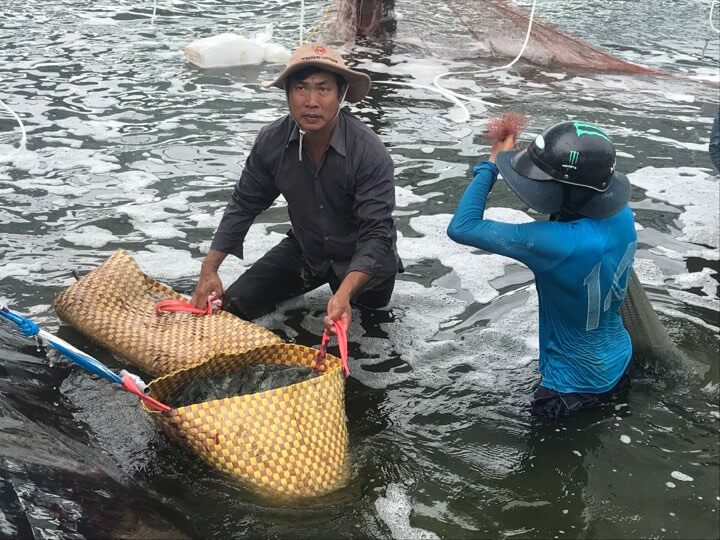 Specifically, before deciding to buy shrimp from farming ponds, secondary agent will announce to Minh Phu’s representative. Receiving the agent’s notice, Minh Phu sends technical staff to go to the shrimp pond to take samples to check the antibiotic residue. It takes about 5-6 hours to have the test results of antibiotic residues in shrimp. If the test result meets or fails, Minh Phu will immediately notify the agent and suggest the price level that Minh Phu can buy. With this working method, the owner of shrimp pond can avoid risks.

Besides, Minh Phu completes payment in a very short time. The payment takes only one day since the shrimp is harvested from the pond. Minh Phu pay agent, then agents pay to farmers quickly.

98% of local shrimp farming households sell shrimp to Minh Phu because Minh Phu’s processing capacity is very large, the working method of Minh Phu is prestigious, scientific and the company shares with the difficulty of agents and farmers and respect the rights and interests of farmers and purchasing agents – Mrs. Cam Loan said.

According to Ms. Loan, it takes about 5 hours to harvest and deliver shrimp to the factory of Minh Phu-Hau Giang. All processes (harvesting and freezing) are completed quickly to ensure the quality and freshness of shrimp. All processes are monitored directly by the staff of Minh Phu. 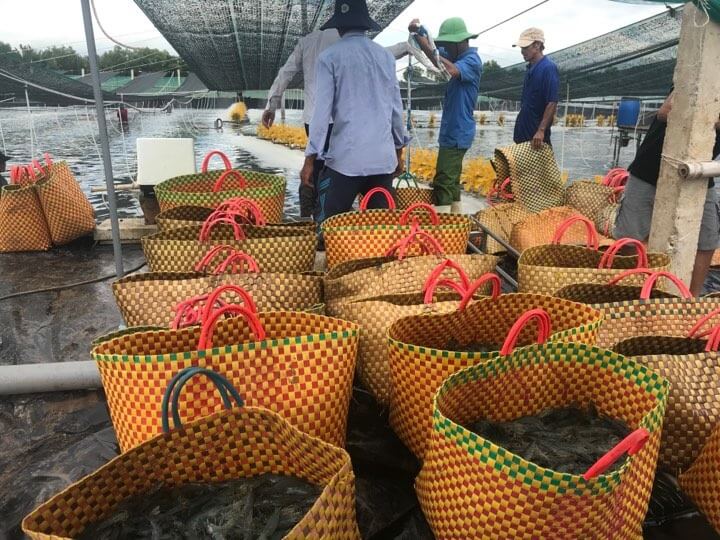 Minh Phu’s way of working is regardless of day or night, taking samples for antibiotic residue testing right at ponds, closely monitoring, giving quick results, quick payment, balancing the interests of the business, farmers and agents.

The representative of Tra Vinh Department of Agriculture and Rural Development said that up to now, the province has stocked nearly 20,000 hectares of tiger shrimp and white leg shrimp. In the first six months of 2019, shrimp production reached 6,395 tons, up 5.06%.